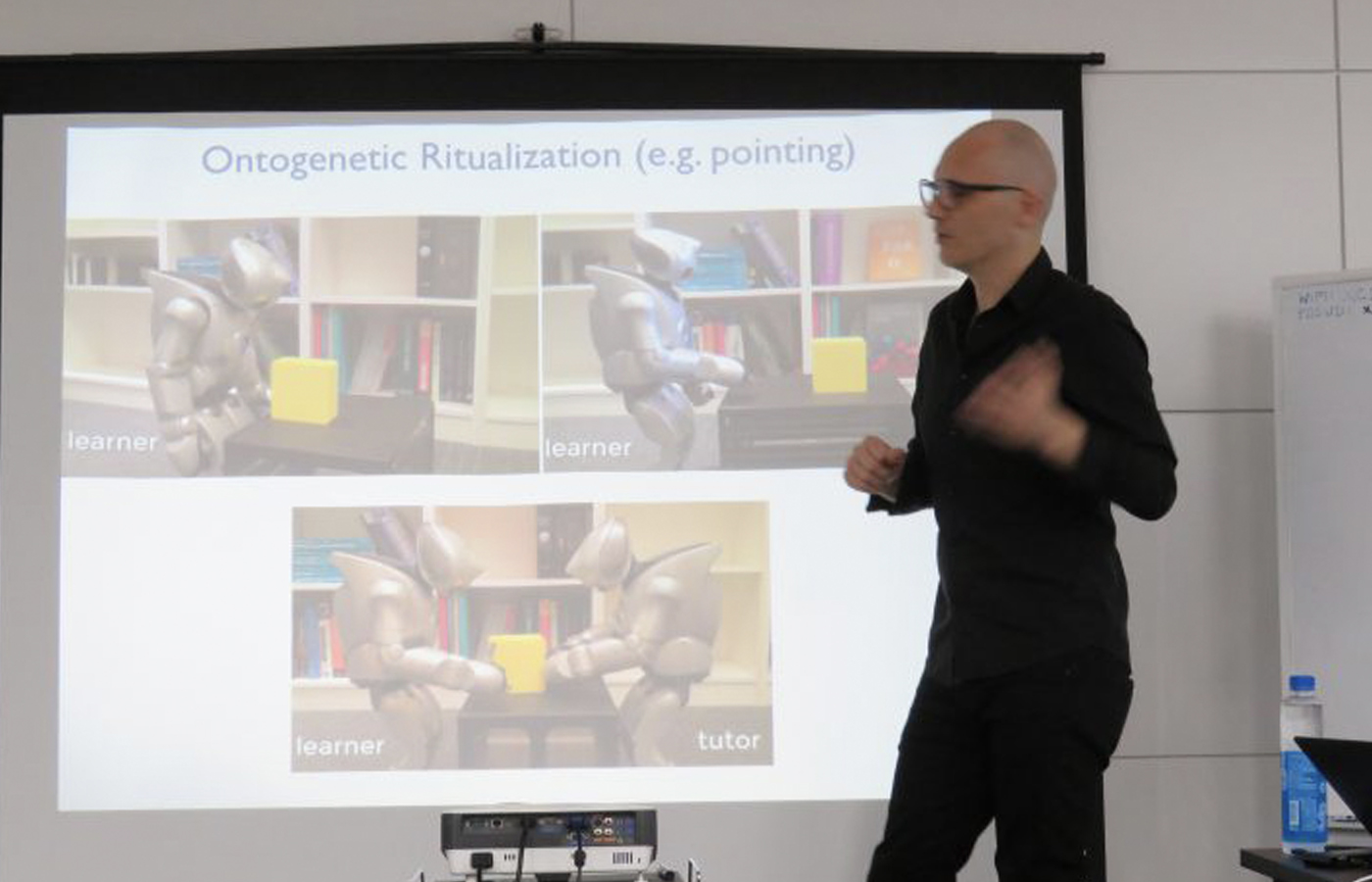 The talk discussed both recent research trends, as well as attempts at artistic exploration of the subject of autonomous meaning creation. After the talk, a discussion with the whole audience took place, highlighting different points of view on language evolution and emergence of language in computational and robotic models. Some models were suggested to evolve languages of diverse levels of complexity, corresponding to defined levels of logic and computational ability on tasks, beyond Chomsky hierarchies and automata theories.