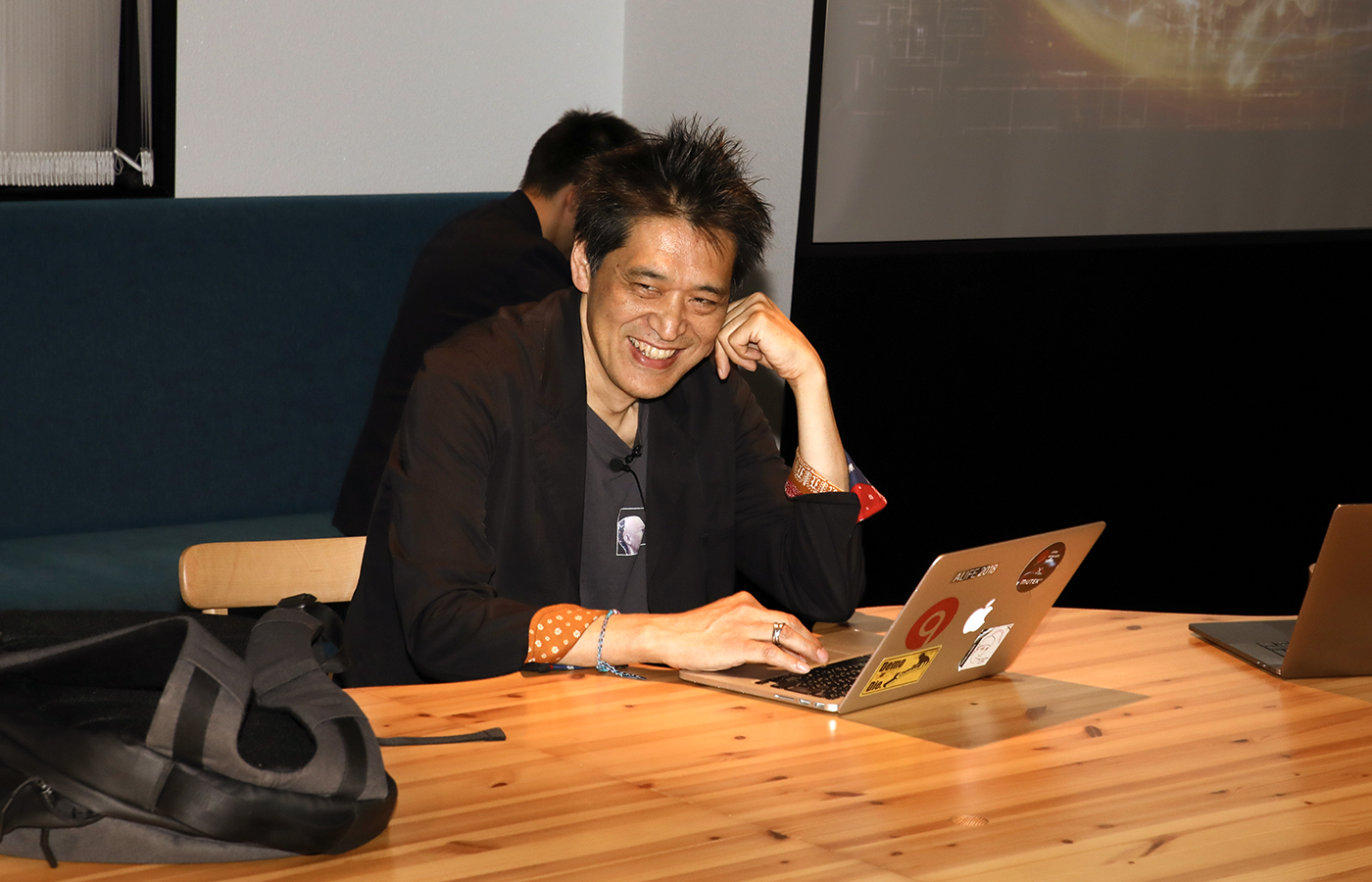 During this meeting, Prof. Takashi Ikegami, from the University of Tokyo, presented his work on his new android called “Alter”. Based on artificial life principles, using T3 chaos and the new learning principle called stimulus avoidance, Alter behaves autonomously and he receives visual and sound information from the environment. Alter mimics human behavior coming in front of him spontaneously using the internal simulator. Especially with this version at the Barbican center, Alter creates new actions patterns by switching between the action sequence generated by the internal simulator and the stored memories of its past behaviors. Alter and the concept of “offloaded agency” are also based on the series of our psychological experiments called “Perceptual Crossing”, which make contact between machine and human minds in a very simple yet rich experimental setup. During the meeting, we had the chance to discuss the purpose and technical details of project, as well as their implication on general search algorithms that discover novel solutions to problems.