Morphological regeneration is an important property of biological systems that focuses on environmental adaptability. The lack of this regenerative capability places serious constraints on both the robustness of an artificial system and the environment in which it operates. To bridge this gap, we propose a simulated soft robot with regenerating morphology using neural cellular automata.
By Kazuya Horibe 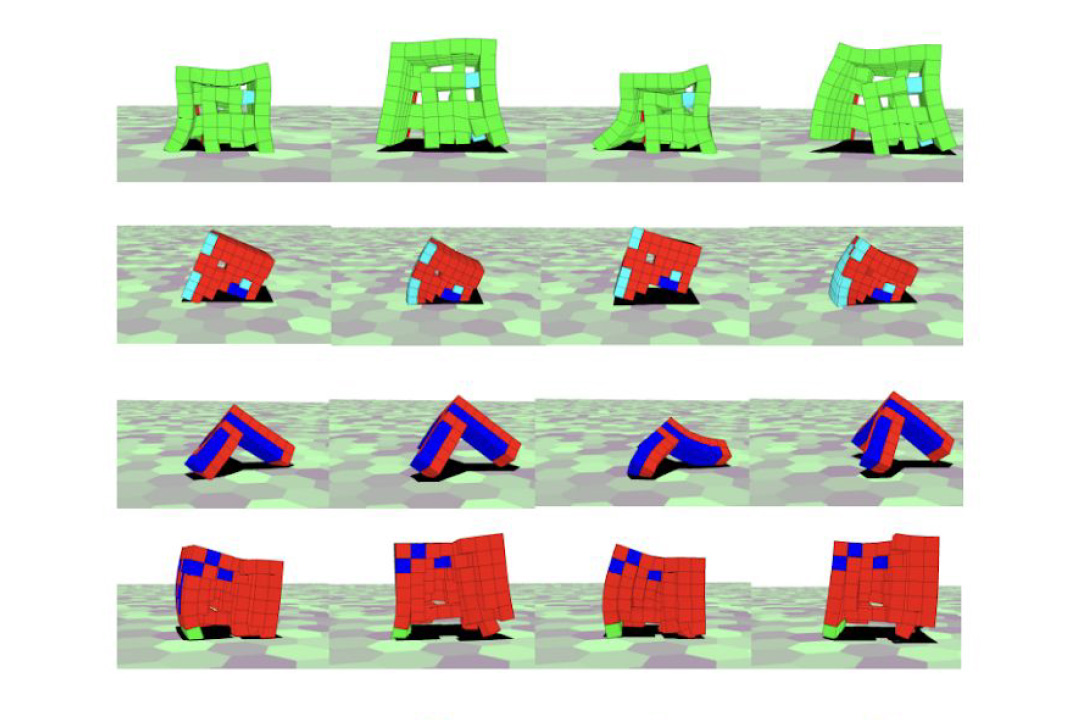 Neural cellular automata (CA) is a kind of cellular automaton (Figure 1). While cellular automata determine the state transition rule of cells by hand-making, neural CA obtains the transition rule by training a neural network. Recently, this neural CA has been shown to be a powerful tool in morphogenesis [1]. Mordvintsev et al. trained a neural CA to grow complex two-dimensional images starting from a few initial cells. Furthermore, authors also successfully trained it to regenerate a target pattern even if part of it is removed. They trained a convolutional network representing neural CA. A previous study has shown that a recovery from damage also succeeds by genetic programming [2]. Therefore, we applied neural CA to the evolution of the morphology of a soft robot using a genetic algorithm, which is used for large networks [3].

The center cell and its neighboring cells are shown. Each cell state is an input to the neural network. The center cell transitions to the state with the highest network output.

In order to confirm that the neural CA can be successfully applied to the soft robot, we evolved soft robots with the evaluation function as the traveling distance.As shown in Figure 2, various morphologies of soft robots were obtained as a result of the evolution.

These results show that the regeneration is achieved only by the neighboring interaction between voxels, similar to biological systems, since neural CA is adopted. Therefore, by combining the proposed method with the technology to edit the state of cells externally by light, etc., it is expected to be applied to the regeneration of hybrid robots [4] using actual biological tissues.